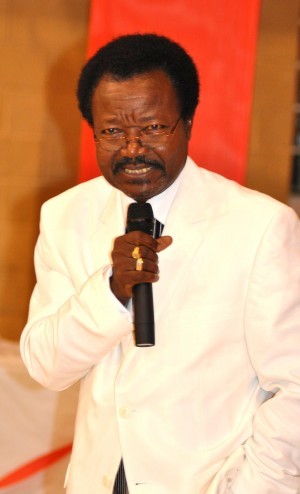 FREETOWN – Newly registered Citizens Democratic Party (CDP) has condemned both the ruling All Peoples Congress (APC) party and the main opposition, Sierra Leone Peoples Party (SLPP) for what the CDP  leader described as their inability and insincerity to move the country forward.

Receiving the registration certificate on behalf of his party from the Political Parties Registration Commission (PPRC), the CDP Chairman and Leader, Joshua Albert Carew expressed his dissatisfaction on how the country is being administered.

“Sierra Leone is being described globally as a country with milk and honey but that both the milk and honey are harnessed by greedy politicians, who put their interest before the nation,” said Carew.

Landing in a Mess

“Since independence, the Sierra Leone Peoples Party (SLPP) and the All Peoples Congress (APC) have been ruling this country without sincerity and therefore have succeeded only in landing the nation in a mess. That’s why the CDP, which has a genuine purpose and an Agenda for Change in the country’s perennial leadership problem, is formed.”

Carew further observed that for the past 50 years, the country has seen politicians moving from one party to another “all in the name of change but in reality it is for their selfish interest.” He noted that these recycled politicians have no progressive agenda to offer to the people of Sierra Leone except to “rape the nation’s economy and add insult” to the suffering masses.

On how the country can move forward, the CDP leader said Sierra Leone has natural resources that can move it forward even without donor support. He claimed no amount of aid will help this country as long as “corruption continues to be institutionalized.”

“The only way to salvage this nation is for solid structures to be put in place to prevent individuals from gaining access to the nation’s wealth and corruptly converting it to their personal use and benefit with impunity,” Carew said.

“I and my compatriots decided to form a political party so that we can address the ills of this nation in order to allow the wealth of the nation to benefit the people of this country.”

When The AfricaPaper asked about Carew’s indictment, the APC Secretary General, Victor Bockarie Foh replied, “It’s only when the monkey does not have the grapes that it says the grape is sour.”

In a 2010 interview with The AfricaPaper in Iowa, USA, Carew emphasized that the country is sliding into poverty each year. Sierra Leoneans, he opined are not seeing any improvement in their standard of living despite the abundant mineral resources as compared to other African countries.

“I think we are missing the goal by looking [forward] to the government more or less to do things for us, that they [Sierra Leonean government officials] have not shown interest to do.”

According to Carew, Sierra Leoneans are busy fighting themselves in different divisions, instead of addressing the real issues of development. His party thinks such issues should bring people together, and gear the country towards prosperity.

Though the ruling APC argues that it is improving Sierra Leone, Carew believes, the CDP, which he originally called a ‘movement’ is willing to help the government to identify any true development in the country.

“The APC is full of technocrats who have the country at heart and therefore have the ability to move it forward,” said Foh.

On the main difference between the CDP and the other political parties, Carew explained that the CDP will embark on massive education in Sierra Leone; an educational program that would include politicians and Sierra Leoneans at home and abroad.

“In fact the economy of that country [Sierra Leone] depends solely on those of us sending money to different people and projects to improve that country,” said Carew, emphasizing that his party’s educational program will also focus on youths, and ensure that they are conversant with current sociopolitical developments and economic trends in Sierra Leone.

“We want people to understand the politics of both here [USA] and over there [Sierra Leone] and how things are done.”

The CDP leader said their party wants to bring change by addressing corruption in Sierra Leone, holding government officials accountable, and encourage transparency. These, according to the CDP would be possible by shifting political power to the people.

“If people don’t do their job as government officials,” Carew said. “The people [of Sierra Leone] have the right to remove them from office.” The CDP plans to introduce a National Acceptance Card (NAC) with dos and don’ts that every public servant should sign.

“When any public servant violates the rules, he or she has 24 to 48 hours to go air, apologize to the nation and resign,”  added Carew, who believes it will discourage corrupt officials  and send a clear  message in the country that a “government office is not a personal property.”

Started as a movement in January 2010, Carew emphasized that the CDP is expanding and its membership is growing in Sierra Leone and abroad; figures which he can’t disclose for now.

SLPP’s Publicity Secretary, Hon. Musa Tamba Sam, told The AfricaPaper in Freetown, that the CDP leader’s utterances are ‘unfortunate,’ noting that Carew is unpopular even among his nearest relatives.

“In terms of governance, even the APC can agree with me that we did remarkably well during our tenure[in office]. The CDP doesn’t have a base yet and therefore should be busy setting up what will make it a credible party rather than criticizing what they will never do,” said Tamba Sam.

“These are parties that only surface when elections are on the way, and fade out immediately after elections; only to resurface again after another five years.”

“I’m happy the new party is here and the leader is saying his party has a very good agenda for this country,” said Secretary Foh. “I only hope and pray that if he loses the elections, he will continue to help build Sierra Leone.”

The CDP leader also opined that the two main political parties do not have a clear agenda or plan to solve Sierra Leone’s current problems. The obstacle: “They [politicians] work for their pockets instead of the country,” charged Carew.

“I am a Sierra Leonean in the first place. For the past 50 years, if they [APC and SLLP] haven’t had anything in place, and have led us to this mess, then we need a change to have checks and balances,” stressed Carew, in response to Victor Foh and Tamba Sam. “We can’t forsake our people in our drive to make our country, one of the richest in Africa.” TAP

Issa A. Mansaray contributed to this story from Iowa and Minnesota, USA