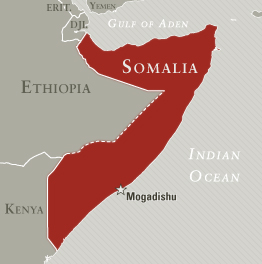 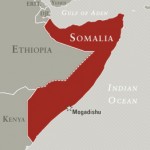 The report alleges that Sharif Hassan Sheikh Adan has been looting and awarding contracts to his cronies since he was appointed as Finance Minister and deputy Prime Minister under the former PM Sharmarke’s TFG.

The report alleges that Sharif Hassan was involved in misappropriating $3 million dollars donated by Oman government in April, 2009. Similarly, Sharif Hassan received $1 million dollar kickback from SKA Air Logistics, a company he awarded management services contract for Mogadishu’s Aden Adde International Airport. Hassan and his business partner Sharif Ahmed Ba’alawi, General Gaafow, Director of Immigration and Naturalization and Ambassador Abdulqadir Sheikhey, the Consul General in Dubai are believed to own shares in Mondial Technology Information, a company that was awarded Somali Passports production contract. Sharif Hassan also negotiated with the Sudanese government to print Somali banknotes of Sh. So. 1,000; 2,000; 10,000; 20,000; 50,000 and 100,000 worth more than $150 million dollars.

Referring to the electronic passports, the report made a damaging allegation that even members of Al-Shabaab were issued passports, while others were issued diplomatic passports. “Fraud and corruption became rampant in the passport business, with multiple passports being issued to the same individuals under false identities and foreigners obtaining Somali passports thanks to the intervention of senior TFG officials. Members of Al-Shabaab, including at least one senior leader, have allegedly received new passports, and the Monitoring Group has confirmed that one of Somalia’s most notorious pirate leaders received a diplomatic passport in his own name with the full knowledge of senior TFG officials,” the report stated.

The report further alleges that another million from the Government of South Sudan is unaccounted and the Prime Minister’s office took its cut. The report alleges that “In early 2012, South Sudan donated, through Price Waterhouse Coopers, US$1 million to support TFG reconciliation efforts in Somalia’s newly liberated areas. A senior TFG official confirmed to the Somalia and Eritrea Monitoring Group (SEMG) that the TFG did indeed receive the US$1 million from South Sudan. According to internal TFG documents obtained by the SEMG, the PM instructed the Finance Ministry to disburse the funds directly to individual government officials, MPs and political figures, including US$121,700 to his own office. No further information is available as to what these individuals did with the money, or whether any of these funds were in fact spent on reconciliation efforts.”

The report alleges that the three top in the cockpit of the TFG leadership, that is the president, the speaker and PM are said to have misappropriated almost 30 percent of the TFG revenues.

The report also implicates the president and the speaker in the $3 million the Government of Oman donated to the Somali national Security Agency and that the president may have benefited through a third party clan associate. The report states that “One of the recipients of Omani funds identified by Ambassador Sheikhey was A.S.M.J General Trading, a company managed by Abbas Sheikh Mohamed ‘Jamalo’ (also spelt Jimale), a Dubai based Kenyan-Somali businessman and close clan relation of President Sheikh Sharif Hawiye/Abgaal/Harti/Agoonyar). According to current and former TFG officials, Abbas routinely advances funds to the TFG, and provides meticulous accounts when he wants reimbursement. One of his primary services has been the provision of dry food and daily subsistence to the TFG security forces.”

“Moreover, of the 30 per cent of revenues that the TFG can actually account for, almost one quarter is channeled through the offices of the three principal leaders: the President, Prime Minister and Speaker of Parliament. In 2011, these three offices spent more than US$12.6 million, representing almost 23 per cent of total government expenditure — almost as much as was spent on the TFG security forces (US$13.4 million) or the expenditure of all Ministries combined (US$15.4 million).”

President Farole is alleged to have benefitted from the awarding of contracts to foreign corporations in violation of UNSC arms embargo. The report alleges that “Africa Oil, through its subsidiaries and affiliates, has engaged in a mutually beneficial relationship with a Somali security sector institution, namely the Puntland Exploration Security Unit (ESU). For this purpose, the company has contracted the services of a private security company, Pathfinder Corporation. 2. In many

respects, including its exceptional transparency, Pathfinder’s operations in Puntland arguably represent ‘best practices’ for private security companies in Somalia. However, in the assessment of the Monitoring Group, the company’s ‘temporary issue’ of military equipment to the ESU, as well as Africa Oil’s payment of ESU salaries (through its subsidiary, Canmex) constitute violations of the general and complete arms embargo on Somalia imposed by Security Council resolution 733 (1992) and elaborated by subsequent resolutions.