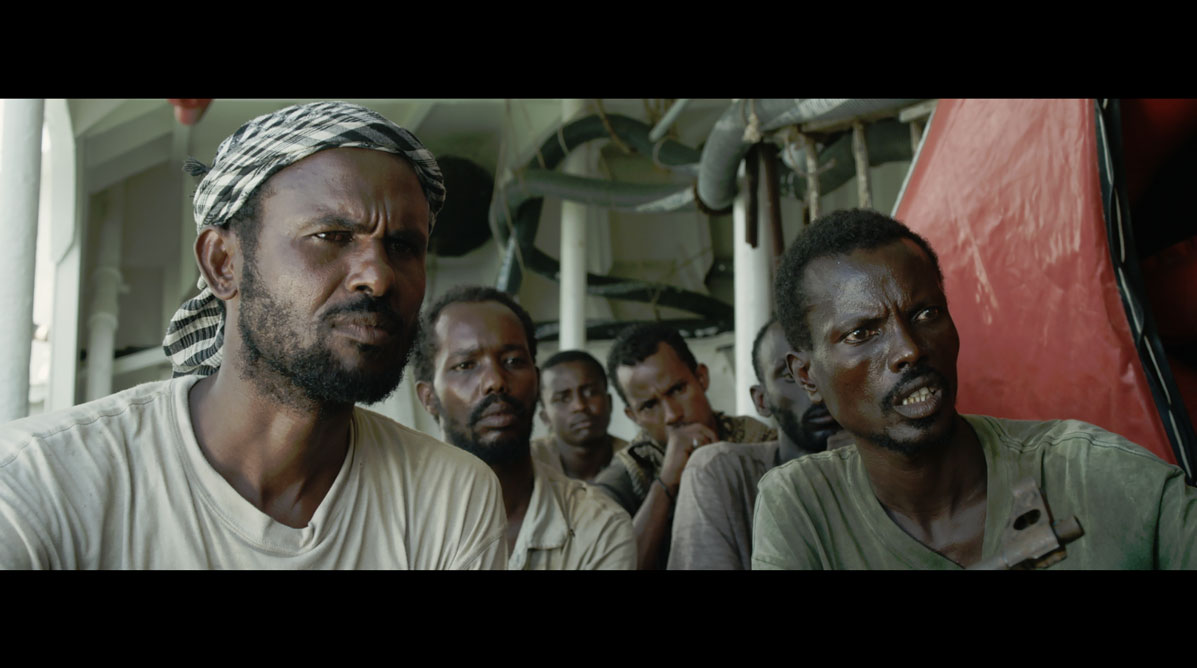 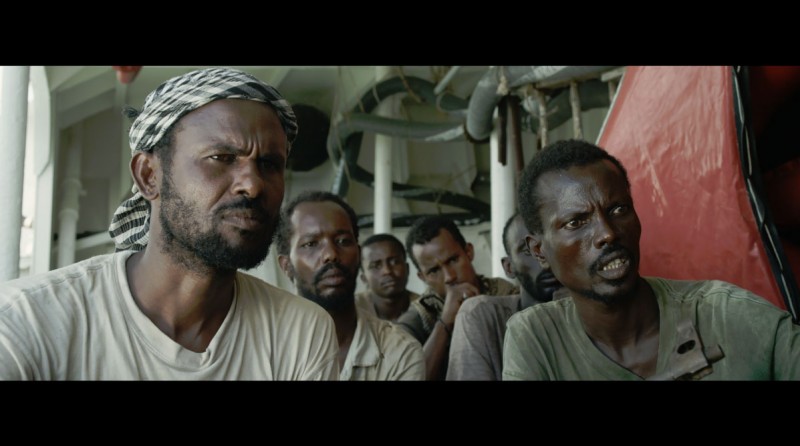 By John Hibey | The AfricaPaper

FISHING WITHOUT NETS is a mesmerizing action thriller told from the perspective of Abdi (Abdikani Muktar), a principled but struggling young Somali fisherman who turns to piracy to support his family. While his wife and child wait for him in Yemen, an outdated and fragile satellite phone becomes his only connection to all he truly values.

With no turning back, Abdi and his fellow pirates hit the high seas and capture a French oil tanker, demanding a hefty ransom. During the long, tedious wait for the cash to arrive, Abdi forges a tentative friendship with one of the hostages. When some of the pirates resort to violence, Abdi must make dramatic choices to determine his course.

Shot in East Africa using Kenyans of Somalia descent, FISHING WITHOUT NETS is the first feature from filmmaker Cutter Hodierne, whose short film of the same name won the Jury Prize in Short Filmmaking at the 2012 Sundance Film Festival. The film combines the epic cinematic vision of a glorious high stakes thriller with the intimate, textured qualities of an art film, humanizing the pirates by bringing us inside their moral dilemmas and gut-wrenching struggles through their point of view.

The film explores a moral gray area of piracy – telling the other side of a story that doesn’t get much attention.

The filmmaking team including writer and director Cutter Hodierne, producer Raphael Swann, and producer/co-writer John Hibey traveled to Kenya in 2010 to make a short film that would inspire a feature length film about Somali pirates. The contacts within the Somali community, the research into Somali culture, and the short film itself gave them the tools they needed to turn the Somali pirate perspective into a feature length film.

Partnering with VICE and Think Media after their win at Sundance, the filmmaking team, headed back to Kenya to shoot their feature with Kenyan co-production company Ginger Ink.

They cast the feature with a lot of the same actors from the shot. Along with Harold Otieno and Abubakar Mire, the team began casting in Kenya, holding auditions at Rio nightclub in Mombasa, and casting some right from the streets. Including Abdikani and Abubakr’s family members, there was a cast of 300 Somali people.

During production the director would use the script to outline a scene. The actors were told the beginning, middle and end of a scene as a guide and for structure, but the dialogue was improvised by the actors.

“Several scenes were completely unplanned and done in one shot. Many of those are included in the film. I used a lot of physicality and acting to express to the actors what was needed for a scene. Everything was communicated to the actors through a Somali translator,” Director Cutter Hodierne said.

“Somali is a rhythmic language and the translator helped the actors use the right rhythm and tone to capture everything. The translator and the actors had many ideas for culturally relevant conversations and scenes so working with them was a collaborative process. They brought cultural and linguistic elements to the film that I could not.”

Producers found the oil tanker East Wind through local shipping companies to shoot on board for 32 days. Weather and rough seas interrupted the shooting schedule. The cast and crew was sea sick. The cameras kept getting wet.

The set was collaborative and improvisational. It was a multi-cultural set with Somalis, French, Kenyans, Americans, British, and South Africans.

“We spent so much time together. We shot in Kenya for three months, October-January and then August-September, so there was a lot of downtime to get to know the core cast. We truly became like a family,” Hodierne said.