By Issa Mansaray | The AfricaPaper

St. Paul, Minn – “Kenya is ready to takeoff,” said Kenyan Ambassador Robinson Njeru Githae. Speaking at the Minnesota Chamber of Commerce on Monday, June 8. Ambassador Githae called on business leaders to focus on the East African nation and invest in a country that is a major business and commercial hub in the region.

Ambassador Githae said Kenya is ready for international investment.  He assured Minnesota business leaders that his country’s commercial and political atmosphere are now stable. He also told his audience about the country’s increasing growth in the manufacturing industry, as well as, the constitution which allows women to hold higher positions in government and private sector organizations.

Ambassador Githae outlined a number of growth areas and business opportunities in Kenya including energy, tourism, education,  railroad construction and transportation. These developments, he said are being achieved in collaboration with the Kenyan Public-Private Partnerships (PPP).

Kenya has a sizable and growing middle class and Ambassador Githae said this is reflected in positive cash flow in the economy because of the increasing demands for high-quality goods and services across the country. He reminded the group of about 20 company leaders with major brands and investors to continue to show interest in Kenya.

“The business opportunities are huge,” Ambassador Githae said. Kenya is endowed with natural resources and this he said is good for investment and makes a good return for investors. “We have discovered also, a lot of minerals recently. The traditional ones, coal and gold.  Even more, rare earth minerals have also been discovered… that is one area that is waiting for you to invest. Bring your check books and invest,” the Ambassador said.

The Kenyan government has decided to work in the area of clean energy. Ambassador Githae indicated that the potential for investors is also huge and unlimited in the geothermal energy sector. Most of the PPPs, he said are from United States.

The reform in the energy sector, he added are currently paying dividends. Negations for power companies in the past took about two to three years. These days, once the minister for energy has approved “you don’t have to waste time negotiating purchase with Kenya Power. They are obligated to purchase all the power that you produce,” the Ambassador said.

Among the attendees, there were concerns about Chinese companies flooding the Kenyan markets with cheap products and cutting off other foreign countries from investing in Kenya, especially in the water sector. The country is building dams and hydro-power plants to meet  demands.

Kenya’s liberal constitution, drafted more than five years ago, encourages investors and major US buy-ins. It makes the country commercially accessible and more welcoming to both domestic and overseas businesses.

Ambassador Githae said many anti-corruption laws are in place to encourage business growth, and that many companies have helped in stopping officials from hindering businesses in Kenya. Exports to Kenya have more than doubled to about $1.6 billion this year.

“We have one of the most vibrant and free press in Kenya,” Ambassador Githae said. “Government hasn’t owned any television station, hasn’t own any print media, and doesn’t own anything. The three main (media organizations) are public companies with more than 5,000 shareholders.”

According to the Minnesota Trade Office, exports from the state to Kenya has increased by about 40 percent, reaching $2.6 million within this year.

“If you want to get ahead of the game, then you ought to be thinking about investing in Africa,” said Bill Blazer, president of the Minnesota Chamber of Commerce.

Kenya, Ambassador Githae believes will continue to lure businesses, as the government is expanding its airports as entry point for its economy and commercial transactions. It plans direct flights from Kenya to US in order to attract more tourism in the country.

The government has made it possible for foreigners to own land, and also open to domestic and investors from abroad.

“You are also allowed to purchase any land,” said Ambassador Githae. “There is no restriction on foreign ownership of land.”

Road constructions are a going business that the country is also inviting investors to take a closer look. One of the major project is the road construction from Nairobi to Mombasa.

“You build it, you operate, and you maintain it,” said Ambassador Githae. “When we agree with you, after 20 or 25 years you hand it [road] over to government.”

The government is looking for investors to build about 100,000 housing units for the police and is encouraging PPPs to build 10,000 student housing for the country’s university. The medical sector is also waiting to build new hospitals, the ambassador said.

China, Japan, and South Korea own more firms and businesses in Kenya. Ambassador Githae stressed that the US and Minnesota in particular can still make a difference in his country, adding that the US’ superior technology and businesses are still needed in developing and strengthening Kenya’s economy.

The country is looking for more investors and funding for it railway and transportation section. In the past, the government sought founding from everywhere to improve its slow rail system, but the only people that showed interest, were the Chinese. These days, the Kenyan government is inviting American businesses to look into this sector.

American companies have much to gain doing business in Kenya, because most of the Chinese companies doing business in the east African country are state owned. The Kenyan government want to encourage private sector investments. Ambassador Githae emphasized the US’ competitive advantage in quality technology and business processes.

The key challenges for Kenya in luring international investors and business partners is the political turmoil in the region. Sometimes these conditions affect the country’s commerce and business nerve centers – Nairobi and Mombasa.

Kenya’s neighboring country – Somalia hasn’t seen peace for almost three decades, and that hasn’t made it easy either for businesses. Terrorist groups in Somalia transport havoc and deadly attacks into Kenya affecting it tourism sector. Last year, the government expected about two million tourists, but that number dwindled to about 1.5 million tourists. The border towns between Somalia and Kenya have been greatly affected including the southern beaches in Mombasa. Tourism, has moved from Mombasa into other parts  of the country, especially the safari, lodges, game parks – due to attacks.

This is still a source of concern for the Kenyan government seeking lasting solutions in combating attacks on terrorism and to assure investors that Kenya is ready for business. In spite of the challenges that the manic of global terrorism has posed to the east African country, the Kenyan diplomat spoke enthusiastically about great business prospects in the country under President Uhuru Kenyatta’s administration and encouraged U.S. businesses at all levels to go in and do business with the people of Kenya.

“You can choose your friends,” said Ambassador Githae. “But you can’t choose your neighbor.” TAP 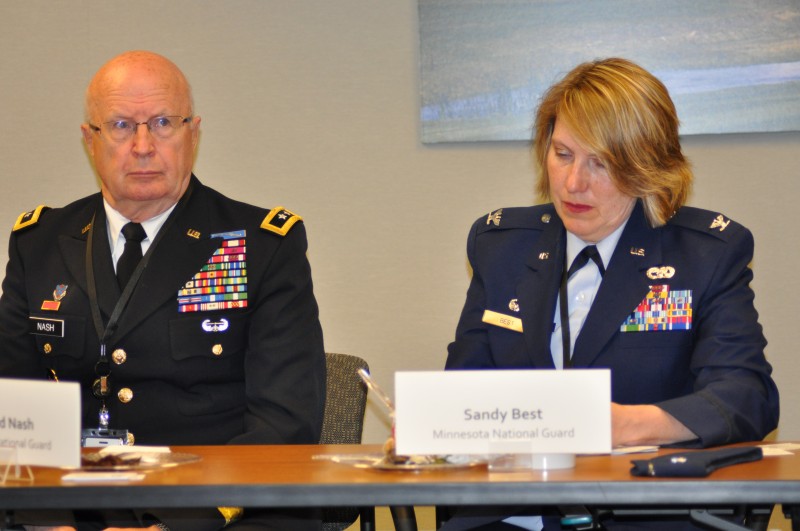 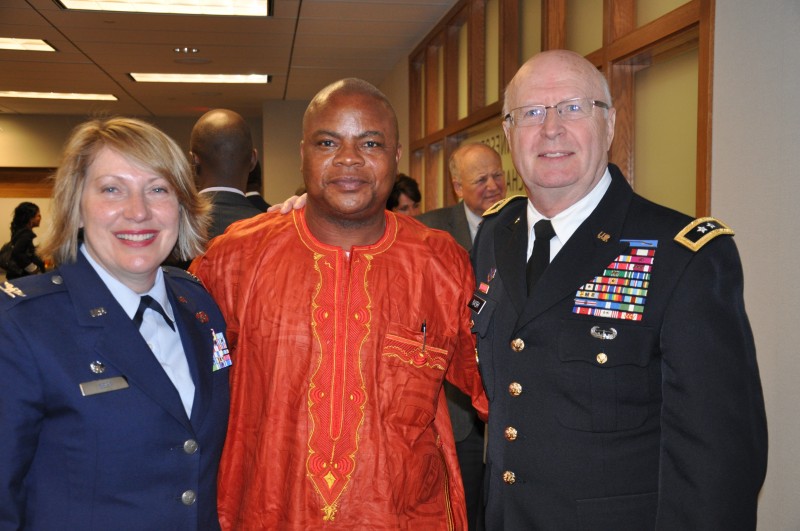 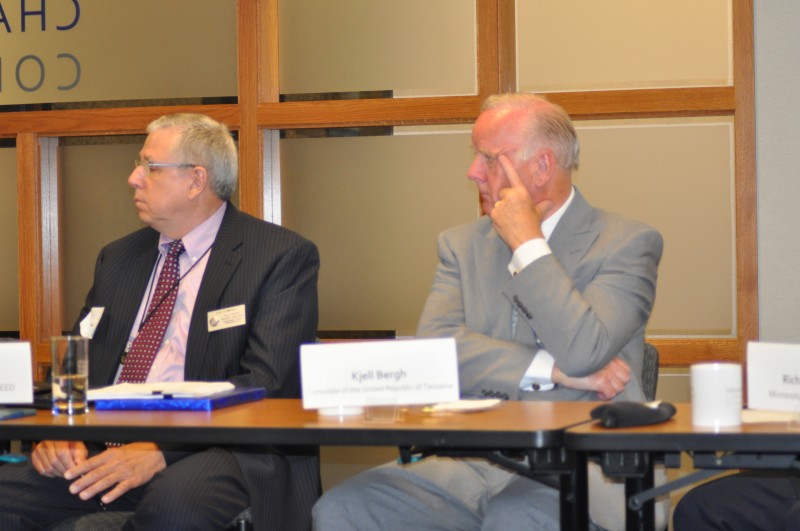