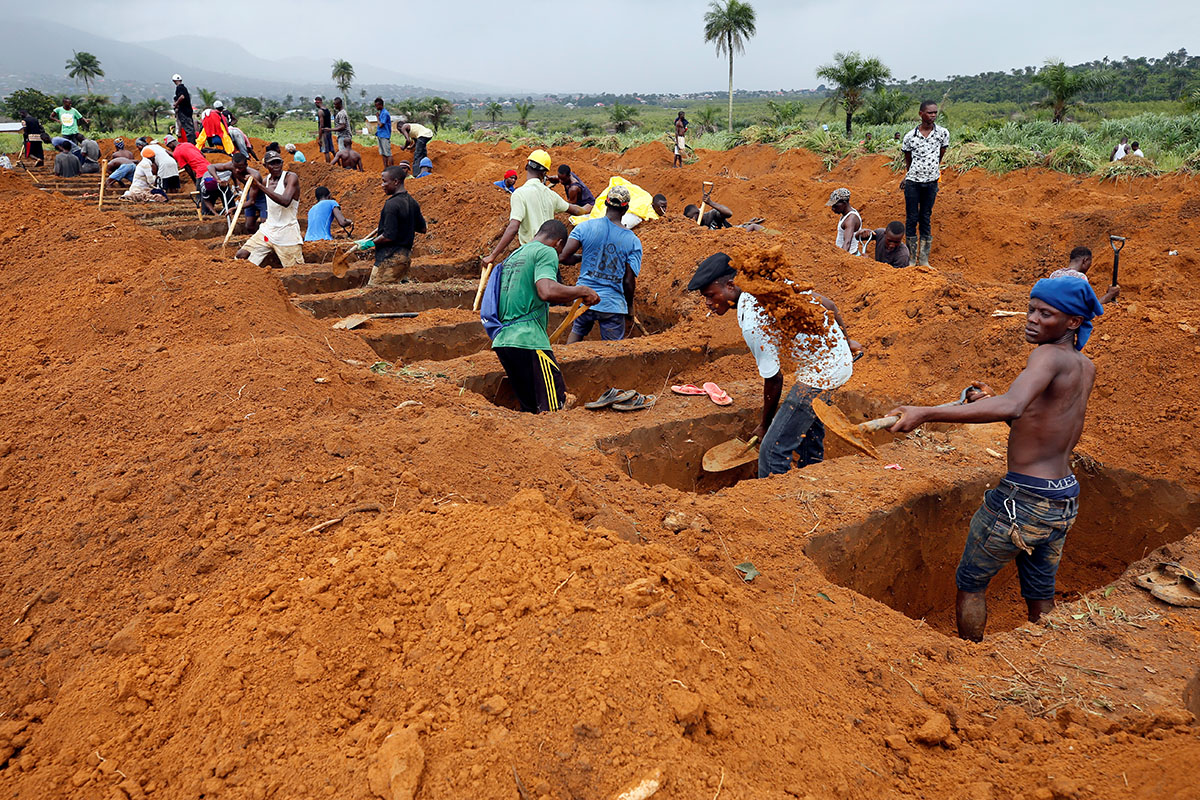 The second senior most position in the country – Vice President- was affected and Sierra Leoneans did not shout on top of their voices. Many Sierra Leoneans gave the government a blank check to misuse power.

Sierra Leoneans heard about improprieties in the way the Ebola funds were siphoned, and they did not do much. Ebola is not an ordinary disease, it is one that can wipe out a whole nation. The government was unprepared, untrained, and slow to respond To the people during Ebola, but enjoyed misusing the Ebola funds.

Some Sierra Leoneans have made the Government to become too comfortable with selection instead of election and the product is the President virtually selecting the APC flag bearer. Everone grumbled, but most are now supporting the selected candidate.

The Sierra Leonean diaspora goodwill has been undermined by the bad apples that returned to Sierra Leone. While some of them had to deal with animosity from the home – based who are often opposed to changes – “the diasporans” have come across as desperate individuals who are ready to do anything to make their way. By so doing they have lost their respect and fed the stereotype against “diasporans” generally.

Some Sierra Leoneans in the diaspora have also involved themselves in fierce struggle among themselves to pave their way for their return home. This struggle has undermined the way “diasporans “are perceived by the politicians and the government. By so doing they have lost their credibility in the eyes of the government. The diaspora has failed to provide an alternative to the sycophancy, tribalism and improprieties for which some of the home based have been known.

Sierra Leoneans did not seize the opportunities presented by the establishment of a constitutional review committee to unearth some of the discrepancies in the 1991 constitution and in the government. The disparate treatment of dual citizens and the ineligibility of some incumbent Ministers and MPS and probably even the President (provided the speculation of British nationality is true).

The I-don’t-care attitude of Sierra Leoneans when the President makes himself a Chairman for life in a potent and a viable political party in the country. Nobody is appreciating the dangers!

The rapidity with which Sierra Leoneans have forgotten about the Hajj Scholarship saga. Hajj is important to Muslim families in Sierra Leone and a blunder in this area should have been treated a lot more seriously.

The government continues to undermine the country’s educational system by not paying teachers and lecturers for months. Sierra Leone is breeding the next generation of illiterates, and lacking in new technology to enhance education. Some in the diaspora blindly support the government and invite APC speakers who talk about cutting their speech “as short as a mini skirt.”

I cannot list every squandered opportunity. However, it is noteworthy that one way you make dictators and perpetrate injustice is by doing nothing or saying nothing when you should have done so. This last-minute rush by Sierra Leoneans to fix the Sierra Leonean problem especially that relating to dual citizens is like giving first-aid post mortem. The need to clarify and speak truth to power arose a longtime ago but Sierra Leoneans at home and abroad did not rise fully to the occasion. Today the government, a subdivision or agent has/have become too powerful and do not care who is hurt even if you are a Sierra Leonean in the diaspora.