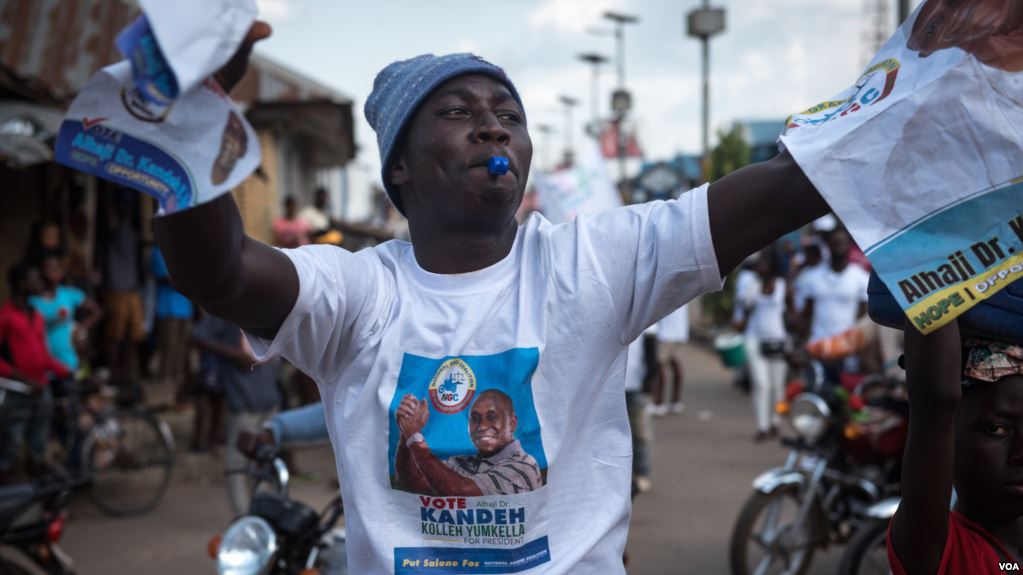 Freetown, Sierra Leone – After months of fierce political campaigns, vicious personal attacks and sporadic allegations of corruptions, and in some instances accusations of lack of experience, millions of Sierra Leoneans will go to the polls today to elect the country’s new leader in 10 years.

Outgoing president Ernest Bai Koroma, who has led the country since 2007, is term-limited. His All People’s Congress party, named Samura Kamara, a former foreign minister as its candidate. Former military junta, Julius Maada Bio, who ruled the mineral-rich, but money-poor country for about three months in 1996, and a member of the National Provisional Ruling Council that seized power in 1992, will run for the Sierra Leone People’s Party.

Kandeh Yumkella, Agricultural economist, and former United Nations Under Secretary General, will lead the National Grand Coalition. The three men are among 16 candidates vying to replace Mr. Koroma, who easily won the 2012 election by 58.7 percent, beating Mr. Bio by 21.3 percent.

Mr. Yumkella, who has made some inroads in unlikely communities in a political system that is largely divided along tribal and regional lines, is likely to force a runoff.

Mr. Koroma, who is largely credited to have improved electricity supply, free health care for toddlers, and for 6 percent economic growth in 2015, has continued to defend his legacy while others accused his government of corruption including millions of dollars in foreign donations to fight Ebola that killed more than 4,000 people.

Today’s election is likely to draw large turnout. More than 80 percent of registered voters, one of the highest in Sub-Saharan Africa, are expected to vote. |TAP|