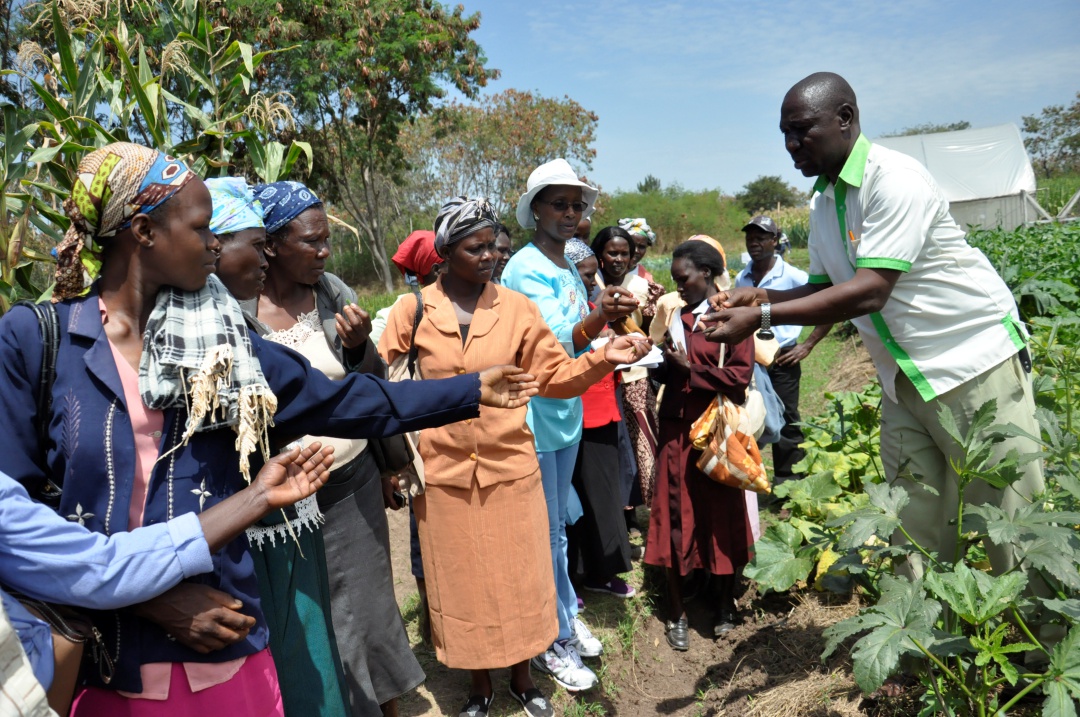 By Henry Owino | The AfricaPaper

Nairobi, Kenya – There is a major concern of low representation of female scientists coming from Francophone and Anglophone countries in Africa on research and food security issues.

This disquiet comes as a result of thousands of African families go to bed without food. Yet, the problems could be solved by same shelved women scientists. Close to 80 percent of smallholder farmers in Africa are women who understands food security situation better despite seclusion by male counterparts.

Agriculture is the principal source of livelihoods for over two-thirds of the population in sub-Saharan Africa (SSA), majority being women. Patriarchy plays a role in segregating women scientists from debating and giving views on modern agriculture to food security.

Although women scientists play major role in agriculture and agribusiness in the continent, they remain largely marginalized in the sector. Women insists that for Africa to become food secure and feed itself, women researchers must be involved in all agricultural decision making and food policy at all levels.

The women scientists made these remarks at the launch of African Women Agricultural Research and Development (AWARD) held in Nairobi, Kenya.

The women scientists also signed US $1 million dollar partnerships with Agropolis Foundation. The donation is meant to support the implementation of the new AWARD Pan African fellowship initiative in Kenya.

According to Dr. Wanjiru Kamau-Rutenberg, Director of AWARD, the AWARD Fellowships offer career-growth opportunities to Africa’s leading women agricultural scientists to ensure that a growing cohort of capable, confident and influential African women scientists are available to lead critical advances and innovations in the agriculture sector.

“Agropolis Foundation’s funding of US $1 million (Ksh 102 million) will support AWARD in structuring its fellowship activities to maximize interactions between female scientists from francophone and Anglophone Africa,” Wanjiru affirms.

“Let me say the partnership marks the launch of a new round of fellowships that will not only see us expand into francophone Africa, but also beyond. This year, we will include women scientists from the Pacific, Southeast Asia and Europe.”

“This partnership will result in a number of AWARD Fellows being hosted in research laboratories in Montpellier (France), and to contribute to AWARD’s expansion in Francophone Africa,” said Dr. Pascal Kosuth, Director, Agropolis Foundation.

The women are also calling upon the governments to soften bureaucracy involved in trade across the countries. They argue if all governments are sincere with the organization’s formation, there is need to soften borders transits of agricultural produce.

The women in agribusiness complained of rigid paperwork involved that hinders fair and quick movement of commodities across the borders. They claimed their farm produce are highly perishable and requires fast delivery to the target market for end users.

“Let the governments walk-the-talk if the aim of this newly launched Pan African Program is to maximize the interactions between female scientists from Francophone and Anglophone Africa. It is the best way to expand it to include other women scientists from the Pacific, Southeast, Asia and Europe,” Joyce Mutindi, a farmer from Makueni laments.

According to Journal of Gender, Agriculture and Food Security published last year, female researchers offer different perceptions from their male counterparts, and their input provides an important view in addressing the unique and pressing challenges of female farmers hence the need for agricultural research agencies and governments to include them.

Full-time female researchers in Francophone Africa are few and low numbers of female scientists in the continent with less than 20 percent.

Further, very few Francophone African women are in advanced degree programs, weakening the pipeline to agricultural research positions. Even when they do earn advanced degrees, they tend to do so later in life and hence have only 15 years of services to community before retirement.

The fellowship is projected to bring together fellows, mentors and fellow’s menses from Francophone, Anglophone and also women scientists who have been sponsored by their institutions with their expertise.

Some of the institutions include the International Livestock Research Institute (ILRI) the Pacific Community (PC) and the Australian Centre for International Agricultural Research (ACIAR) to building science skills and developing leadership capacity.

“Renewed political attention to agricultural development in Africa and the recognition of the role of women has provided an opportunity for key actors such governments, private sector, development partners, researchers among others to engage freely in various countries,” Caroline Thande explained.

Thande confirmed that it sustains and increase successful interventions and models in the sector. Again it supports innovations with promising potential that generate positive social and economic empowerment of women in large scales.

She emphasized poverty reduction, linking smallholders to markets and gender equality as major issues for this new development programs in Kenya, which are key considerations of the ACIAR strategy.

“For instance CIAR has the capacity to address irrigation, drainage and salinity management in major cropping systems and this is an important focus of the research program,” Thande asserts.

Thande said ACIAR is already working in dairy and horticulture sectors in Pakistan, so the other goal of its collaboration is to improve livelihood systems for the rural poor in Kenya. This is where majority of such small-scale farmers live.

“We shall strive on increasing gains and benefits for small-scale and poor farmers and other disadvantaged groups with greater involvement of women, dissemination of results and maximizing project impacts,” she assures women scientists.

Flexibility will provide a mechanism for addressing additional sectors such as vegetables and animal fodder, as well as agricultural research and development issues and enhanced sustainable capacity building. |TAP| Africa’s Newspaper of Record