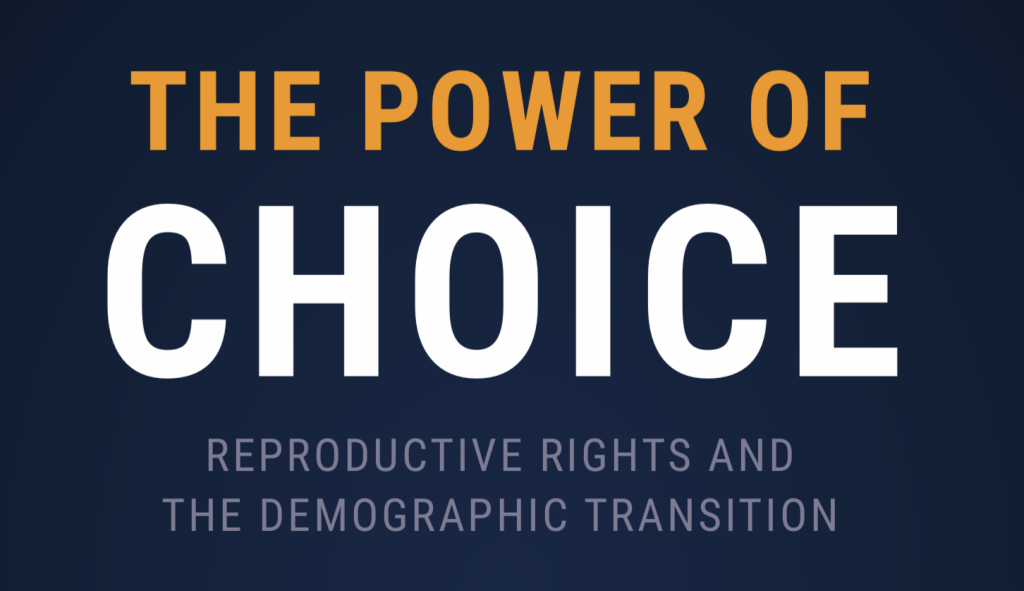 By Anthony A. K. Kamara, Jnr | The AfricaPaper

In this story, the UNFPA launches 2018 State of the World Population Report globally. While in Sierra Leone, the Country Office partners with the Ministry of Planning and Economic Development.  We also focus on the State of Reproductive Health and Rights in Sierra Leone. Our correspondent reports.

New York, USA/ Freetown, Sierra Leone – The Power of Choice: Reproductive Rights and the Demographic Transition, is the title of the 2018 State of the World Population report launched in New York and around the world by UNFPA, by the lead UN entity responsible for delivering a world where every pregnancy is wanted, every childbirth is safe and every young person’s potential is fulfilled.

According to the United Nations sexual and reproductive health agency, the report confirms that “the power to choose the number, timing and spacing of children can bolster economic and social development.”

“The report found that the lack of choice in reproductive life “can have a long-term impact on fertility rates, often making them higher or lower than what most people desire.”

Writing in the report’s foreword, Dr. Natalia Kanem, Executive Director underscored that “Choice can change the world. It can rapidly improve the well-being of women and girls, transform families, and accelerate global development.”

When a woman has the power and means to prevent or delay a pregnancy, for example, she has more control over her health and can enter or stay in the paid labour force and realize her full economic potential.

In fact, as it is today, most couples cannot have the number of children they want because they either lack economic and social support to achieve their preferred family size, or the means to control their fertility. The unmet need for modern contraception prevents hundreds of millions of women from choosing smaller families.

The report classifies all countries in the world by the current dynamics of their populations’ fertility and makes specific recommendations for policies and programmes that would help each country increase reproductive choices.

“The report is about global fertility trends, but it is also about choice- or lack of it – and what that means for women, for couples, and for countries’ prospects for development,” said Dr. Dr. Eva Kim Dickson at the country-level launch of the same report at the Sierra Leone Parliament. The launch was in partnership with the Ministry of Planning and Economic Development.

“In Sierra Leone where the total fertility rate is 5.7 children per woman, we need to continue to extend the reach of reproductive health-care services and improve quality, and make sure everyone knows their reproductive rights and how to exercise them,” said UNFPA’s Country Representative Dr. Dickson.

Whilst acknowledging in her keynote remarks that the report calls on countries to confront their demographic challenges by enhancing rights and choices, Mrs. Nabeela Tunis, Minister of Planning and Economic Development said President Bio’s Government is aware that “investments in reproductive health ensure reproductive rights for all If people.”

However, she fell short in sharing specifics on what specifically that the Bio government is doing to ensure women in Sierra Leone have their reproductive rights respected. Said she, “If people are unable to access sexual reproductive health and family planning services, it threatens the development of our country.”

Family size is closely linked with reproductive rights, which, in turn, are tied to many other rights, including the right to adequate health, education, and jobs. Where people can exercise their rights, they tend to thrive. Where these rights are stifled, people often fail to achieve their full potential, impeding economic and social progress, the new report affirms.

The Government of Sierra Leone had identified reproductive and maternal health as a priority area:  reproductive health was prioritized in the 2013-2018 PRSP the ‘Agenda for Prosperity’ and in 2010 the ‘Free Health Care Initiative’ launched for pregnant women, lactating mothers and children under five.

Like other nations in the sub-region or sub-Saharan Africa, people in Sierra Leone have more information about their reproductive rights and choices, and a greater capacity to claim their rights, as the report claims.

“The historic transition to lower fertility,” says the report, “has emerged through people claiming their right to make choices about their reproductive lives, and to have as few, or as many, children as they want, when they want.”

The AfricaPaper, USA, 2018. All rights reserved.  Photos and text may not be published, broadcast, rewritten, redistributed or used in any form without the written permission of  The AfricaPaper, and AIIR. We take legal action for any copyright infringement.