By Mustapha Wai | The AfricaPaper

Worldviews – Given what appears to be an unexpectedly low rate of Coronavirus infections continued to be reported by countries in Africa, many have questioned the accuracy of the numbers. To date, 52 out of 54 countries on the continent have reported a little over 13,000 confirmed cases, and about 700 and 2,000 in deaths and recoveries respectively. Although the virus did not originate in Africa— with index cases identified in many of the countries coming from Europe — critics have argued that the low rate is due to the lack of adequate testing on the continent. But the narrative is different for Sierra Leone — a former Ebola-ravaged country and one of the last set of countries in Africa to report index cases in the last two weeks. To date, the number of confirmed cases in Sierra Leone stands at ten. The country is also listed among the 10 nations with the lowest number of confirmed cases on the continent. The extent of public awareness and readiness and the proactive preparedness of the Government to tackle the Coronavirus in the tiny west African country has been largely informed by key lessons from Ebola.

These notable lessons include – building public trust from the unset; establishing equipped, capable and appropriately located isolation and treatment centers; and designing and implementing effective response mechanisms, including the right people, process and internal controls. The rest of this piece will examine the challenges experienced by Sierra Leone earlier in its Ebola response – highlighting similar challenges being experienced by the U.S. and other countries in the current fight against the Coronavirus pandemic – including how the Ebola response challenges were addressed. This examination will also include a discussion of how such lessons are being currently leveraged in Sierra Leone in the fight against Coronavirus, and how these lessons could be used as best practices by other countries around the world.

Build Public Trust from the Onset

Building public trust early in the response goes a long way in helping create public awareness, facilitating surveillance and contact tracing, and convincing the infected to go into isolation and seek treatment. In the early period of the Ebola outbreak in West Africa, conspiracy theories emerged, including rumors that the virus was man-made bioweapon and let out of the Tulane University sponsored Lassa hemorrhagic fever laboratory in Kenema, eastern Sierra Leone. Rumors quickly made rounds that treatment centers were injecting and killing patients to reduce the population; while others simply denied the existence of Ebola and turned to traditional healers for remedy. Because of these theories and beliefs, there was a total lack of public trust and confidence in the government and medical system, and many concluded that Ebola treatment centers are nothing but death chambers.

In America today, we are experiencing similar distrust. Conspiracy theories are trending — many hatched and sustained by uninformed rhetoric, coupled with inconsistent and fast-changing guidance coming from high-placed leaders in society. For example, calling the Coronavirus, a “China virus” and “the new hoax” by U.S. President Donald Trump, plays well into the allegations and counter-allegations between elements in China and U.S.; both accusing each other of being responsible for the outbreak. Others have concluded that Coronavirus is a bioweapon released by China under a proxy trade war. Some have even argued that the virus is entirely the work of Microsoft billionaire Bill Gates, in order to introduce vaccines that will help reduce the world’s population. From disagreement over the use of Chloroquine as a necessary therapeutic treatment to the purpose of U.S. Federal Government medical stockpiles, the endless debate at the highest levels in the U.S. Government continues unabated. During the Ebola crisis in Sierra Leone, the public eventually realized that none of the conspiracy theories and unending debates was going to stop the devastating spread of the virus and the increased fatality left in its wake. Engaging trusted civil society players, political leaders, role models, traditional and religious leaders, and other stakeholders to sensitize their constituencies and communities helped secure the people’s trust in the government and the Ebola response mechanism.

Ensuring that government and medical practitioners remain open, honest and transparent in communicating information about the outbreak, as well as maintaining adequate accountability for resources allocated go a long way in building public trust. In Sierra Leone, the Government has not only been listening to public concerns during this Coronavirus outbreak but has used the feedback to help inform policy and interventions.  In response to public outcry over the treatment of travelers in quarantine at the Lungi Hotel, Chief Minister and a team visited the site immediately and the condition was addressed as once. Citizens called for grounding of flights and it was done immediately. Citizens called for the closure of land border entry points and it was done. Citizens called for lockdown and it has been implemented. An honest, transparent and listening government will do well in managing an emergency because the public has confidence in the process and will be ready to cooperate.

During the early stages of the outbreak in Sierra Leone, the sick was asked to go to the nearest hospital when they experienced symptoms consistent with Ebola. Little thought was given to the fact that existing hospitals neither have trained people with experience in frontline viral infectious disease response; nor the required facility, equipment and process to identify, isolate, test and contain Ebola patients. When local hospitals became overwhelmed, suspected cases were transported hundreds of miles across several district lines to the only equipped hemorrhagic fever testing lab in Kenema. Not only did these long travels take a toll on the patients, but it also exposed others en route. This is how many healthcare workers and other response personnel were exposed to the virus early in the outbreak. 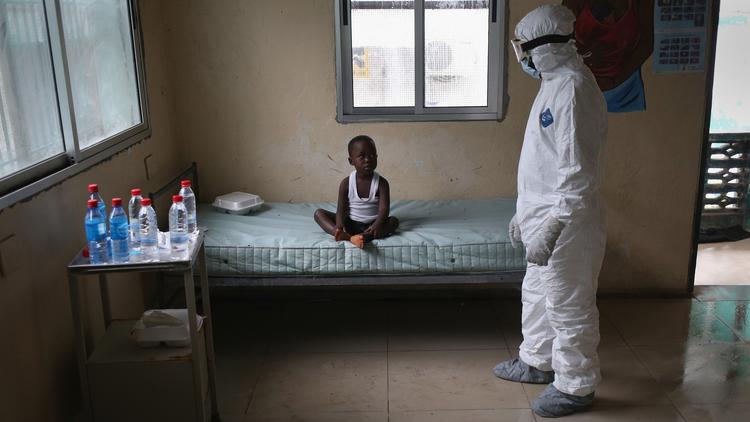 In the United States today, we have been told to go to the nearest hospital when we feel we have symptoms consistent with the Coronavirus. Many of these hospitals are not designed, staffed or equipped to effectively handle the infectious disease. For example, many hospital waiting areas do not immediately isolate people coming in with symptoms consistent with Coronavirus from people with other symptoms. In many states, testing is still limited to hospitalized cases, which means one must go to these hospitals basically on a stretcher, exposing emergency medical technicians, ambulance operators, and outpatient healthcare workers before you can be tested. It was only after specifically equipped makeshift Ebola treatment and isolation facilities were established around the country, and staffed with trained personnel in infectious disease, was Sierra Leone able to turn the tide. Suspected cases were no longer queuing at local hospitals. Instead, emergency telephone lines were being called and trained response unit personnel — dressed in appropriate protective gears — picked up suspected cases in ambulances and transported them to isolation centers for testing. Today, we have witnessed an urgent attempt by the Sierra Leone Government to reopen former Ebola treatment centers, including the 34 Military Hospital in the capital which is now home to the confirmed cases of Coronavirus. Although confirmed cases have been reported only in the capital and its immediate surroundings, former Ebola treatment centers with all protocols being re-activated around the country. Establishing equipped and appropriately located Coronavirus treatment centers that are dedicated solely to the treatment of those infected with the virus, is a best practice that also reduces the burden on existing general healthcare infrastructure.

The lessons from lack of effective response mechanism and internal control during the early days of the Ebola outbreak in Sierra Leone can be highlighted in an excerpt — “Under cover of darkness, a few burial workers pried open the hospital morgue’s steel doors and stole three corpses. They carried the bodies to the hospital’s front gates and tossed them beside the road that bisects downtown Kenema, the third-largest city in Sierra Leone.”— from a Newsweek article dated May 19, 2015, written by Amy Maxmen and titled “In Fight Against Ebola, Front-Line Health Workers Risked Their Lives And Never Got Paid”. Members of the burial team had allegedly stolen Ebola-infected corpses from the Kenema Hospital morgue in protest for hazard pay owed them. Throughout the country, Ebola response workers — doctors, nurses, cleaners, lab technicians, ambulance drivers, and burial team members had not been paid. Healthcare workers complained about insufficient supplies of beds, equipment and Personal Protective Equipment (PPE). Not only did the finding demonstrates a lack of funding and supplies for the Ebola response team, but it also demonstrates a total lack of internal control over the response management process, including access control to morgues where Ebola-infected corpses were kept. During the early period of the Ebola outbreak, the Sierra Leon Government was reluctant to establish an SOE. Such reluctance was for the most part influenced by the suspicions and conspiracy theories that were unfolding at the time. Many accused the Government of having ulterior motives for imposing SOE. By the time the Government had declared the SOE, Ebola had already crossed several district lines. 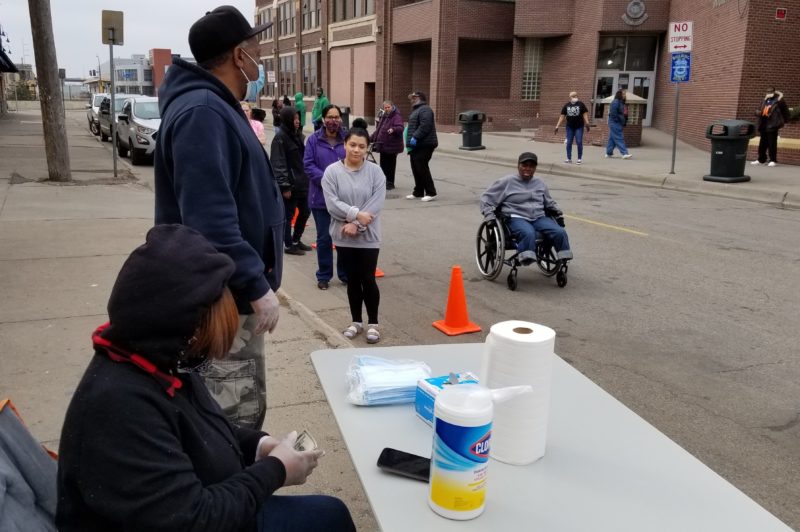 In the U.S., the debate about lockdowns and re-openings continues relentlessly, even though the Coronavirus infections continue to rise across the country. While the majority of states have now mandated lockdowns, some states have refused to do so, and others have even threatened to re-open their states soon. Four months after the first case of Coronavirus was confirmed in China, and almost two months since the index case was confirmed in the U.S., authorities have yet to figure out an effective national response strategy. Americans are still unclear about who gets tested, where to get tested and when to get tested. Healthcare workers in major cities across the country continue to complain about shortages of PPEs and hospital beds. Others complain about unclear and conflicting emergency response protocols and treatment regiments. In a matter of two weeks, Americans went from being told that masks are only to be used by healthcare workers, to being recommended for all in public places, and is mandated in public places by several cities today.

|TAP| A Community  Newspaper With a Local, National and International Perspective. 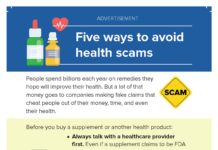