Home News George Floyd’s Ministry Friends Say He Was Their ‘OG,’ A ‘Man Of... 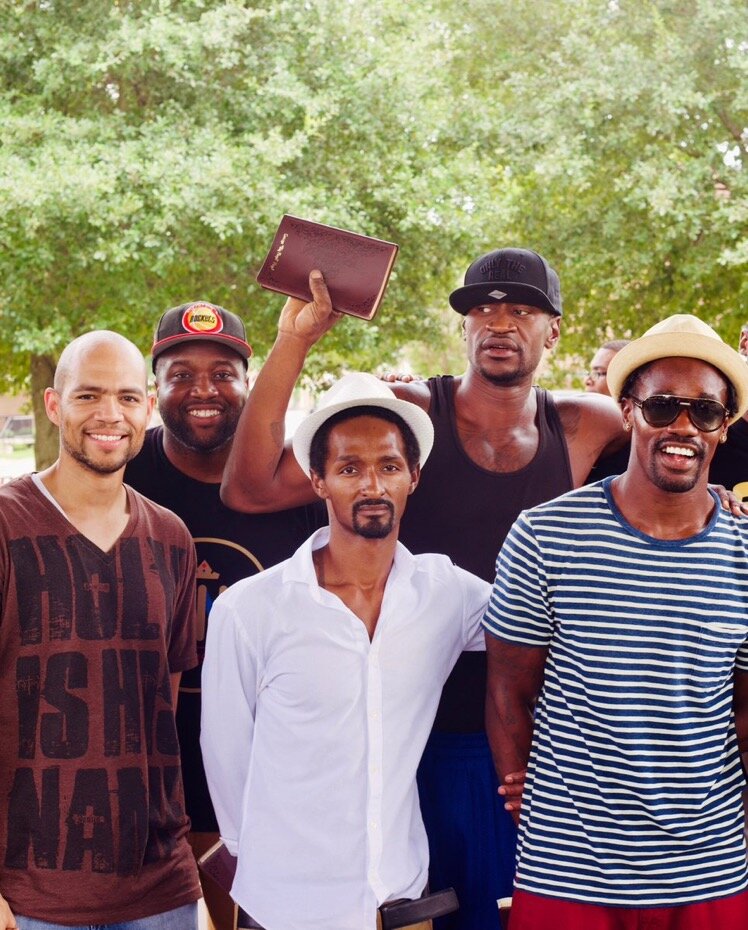 At the show, one man loomed tall over the crowd. The pastors flocked to him.

“It was Big Floyd,” Ngwolo said. “He stands out in the crowd.”

Years later, George Floyd, 46, died while in custody of four police officers (who were since fired) in Minneapolis, Minnesota on May 25. Video footage shows one officer kneeled on Floyd’s neck for several minutes while Floyd did not appear to resist arrest. The confrontation with law enforcement started after a corner store employee accused Floyd of trying to pass a counterfeit $20 bill.

He’s remembered by his partners in ministry as “OG,” meaning original or original gangster, and “a man of peace.”

The gateway to the neighborhood

Pastor Ngwolo and Floyd’s relationship that budded at that neighborhood concert quickly grew into a partnership focused on relational ministry and community building.

“We wanted to do aggressive, actual, life-on-life discipleship in this particular neighborhood,” Ngwolo said. “He was like the OG of the neighborhood and made sure that we were welcomed in… in the Bible we call it a ‘person of peace.’ He helped us and allowed us to operate in his neighborhood.”

Floyd was well-connected and well-respected in the area, and he eagerly threw his reputation and his labor into the initiative.

The local basketball court became hallowed ground, the premises for “Church in the Bricks.” Floyd became a central figure of the Christian outreach program, Ngwolo said.

“Everything from speakers to chairs, to tables, everything had to be loaded from one location to the next,” said Corey Paul, one of Floyd’s partners in ministry. Floyd volunteered to set up and tear down for ministry events on the court, sometimes lugging 30 chairs at a time, his friends said.

Reconcile recalled Floyd helping him lug a large baptismal pool filled with water onto the court.

“It was basically a horse trough,” Ngwolo said.

At one of these neighborhood outreaches, in the summer of 2015, Floyd’s friend Nijalon Dunn was baptized.

“That experience, it was monumental,” Dunn said. “We talk about Big Floyd being OG, a person of peace, a gatekeeper. He empowered us. He was someone from the community who empowered brothers and sisters from outside to usher the gospel in. To be able to be baptized in a place like Cuney Homes, it was a sign of hope.”

Floyd was charged with armed robbery in 2007 for a home invasion in Houston and served five years in prison, according to court documents. In 2018, he moved from Texas to Minnesota to work as a security guard for the Salvation Army, and then in trucking and as a bouncer, the AP reported.

Toil in the Soil

Ngwolo believes churches must be intentional about not just spreading the gospel, but also developing communities that are struggling.

“We talk about discipleship, community development is discipleship… being in those spaces, being proximate to the pain that you see,” Ngwolo said.

Ngwolo encourages Christians in positions of power to use their leverage in pursuit of justice.

“A person who’s in everyday life sees something like this with Floyd and is outraged, rightfully so, and we are too, but on different levels. This happens everyday,” Paul, the rap artist, said.

He recounted a story of someone in the Cuney neighborhood who was wrongly arrested for a crime.

“If it wasn’t for the fact that his pastor happens to be an attorney, you know what I mean, he would have actually done time for a crime he didn’t commit,” Paul said. “And that’s not just a Netflix documentary for us… it’s normal… there are so many Floyds.”

Paul hopes that his friend’s death can spark understanding and awareness for the more systemic issue, especially among Christians.

Dunn echoed his sentiment. Wary of people far from the issue and insensitive to it taking the stage, Dunn encouraged people to listen first to the voices closest to the matter and avoid doing things that are not actually “in the spirit of Big Floyd.”

“Churches need to sit back and listen to other pastors…who are actually toiling the soil… If you want to operate in the spirit of Big Floyd, empower us to continue the work that we’re doing,” he said. “This is a long conversation for us. We’re in it for the long haul. To us, he won’t just be another hashtag but to millions of other evangelicals, he will just be a hashtag.”

To people who don’t understand the riots erupting across the country or who look disdainfully at those who are angry, Paul gave different advice.

“I would say to them, there you go, the fact that you can’t see how people get to this point is indicative of a gap of understanding,” he said. “It’s important to understand, not just ‘how could they do’ but ‘why are they doing.’”

Ngwolo said he understands why people are angry.

The AfricaPaper/AIIR: Liza Vandenboom is a student at The King’s College, an intern at Religion Unplugged, and a religion columnist for the Empire State Tribune.

This story was originally published by Religion Unplugged. With permission for The AfricaPaper to publish.