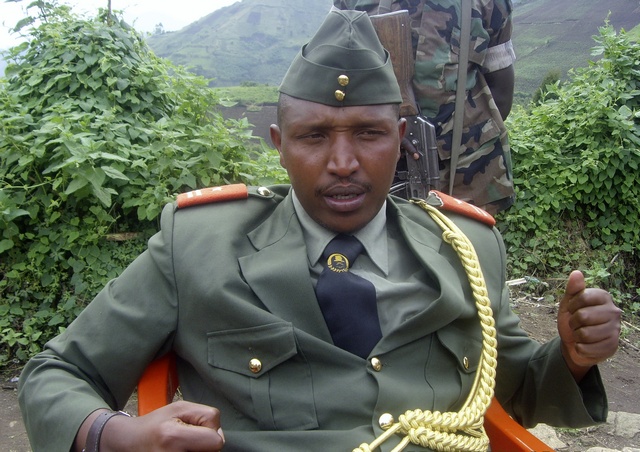 The AfricaPaper | DEMOCRATIC REPUBLIC OF CONGO

The prosecutor of the International Criminal Court, ICC, has asked judges to issue new charges against two alleged warlords in the eastern Democratic Republic of Congo. While experts welcome the idea that rebel militia commanders should be held to account, they are still debating how much of a contribution justice mechanisms can make to protracted peace efforts in the region.

On May 14, the ICC prosecutor, Luis Moreno Ocampo, requested additional charges against Bosco Ntaganda relating to war crimes and crimes against humanity, including acts of murder, persecution and sexual slavery carried out between September 2002 and September 2003 in the Ituri region of eastern DRC.

Ntaganda, the military commander of the National Congress for Defence of the People or CNDP, was first charged by the ICC in 2006 for using child soldiers under the age of 15 to fight, but he has remained at large since the charges were made public in April 2008.

The CNDP is an ethnic Tutsi-dominated armed group with close ties to Rwanda, which was integrated into the Congolese national army in 2009, with Ntaganda made a general. Members are thought to have secured high-ranking army posts in exchange for supporting President Joseph Kabila’s successful bid for re-election in 2011, while Ntaganda is thought to have used his position to gain control of large parts of North Kivu.

Ocampo has also requested an arrest warrant for Sylvestre Mudacumura, the alleged supreme commander of the rebel Democratic Forces for the Liberation of Rwanda, FDLR. The prosecutor is seeking charges against Mudacumura on nine counts of war crimes and five counts of crimes against humanity, including murder, rape and persecution of civilians. The alleged crimes were committed between January 2009 and August 2010, in the provinces of North and South Kivu, Ocampo’s office said.

The FDLR is an ethnic Hutu militia operating in the Kivu provinces which is believed to rely heavily on controlling the region’s natural mineral sources for its funding. It is hostile to neighbouring Rwanda.

Mudacumura is alleged to have worked alongside Callixte Mbarushimana, who was arrested in Paris in October 2010 and transferred to the ICC in January 2011. Mbarushimana was alleged to have held the position of executive secretary of the FDLR since 2007 and was accused of murdering and torturing of civilians in North and South Kivu.

He was released from prison in The Hague on December 23 last year, after judges ruled there was insufficient evidence to link him to the crimes.

Of the innumerable atrocities that have taken place in eastern DRC over the last ten years, only one militia commander, Thomas Lubanga Dyilo, has so far been brought to justice at the ICC. Lubanga, who led the Union of Congolese Patriots, UPC, was convicted on March 14 this year of conscripting, enlisting and using child soldiers during the conflict that ravaged the Ituri region in 2002 and 2003.

The ICC trial of Germain Katanga and Mathieu Ngudjolo Chui, commanders from yet another rebel group, the Patriotic Resistance Force in Ituri, is now nearing its end.

In 2002-03, the Patriotic Forces for the Liberation of Congo, FPLC, the armed wing of the mainly Hema UPC, fought the ethnic Lendu Patriotic Resistance Force and the Nationalist and Integrationist Front, in a struggle over land and natural resources. Various militia groups sought to establish political and military control over the Ituri region.

While human rights groups in the region are in no doubt that the ICC is playing an important role in deterring atrocities, regional experts are urging the international community to look beyond justice and tackle a range of broader issues in order to bring peace to the eastern DRC.

Many in the region are worried that Mbarushimana’s release and the perception of impunity it creates have given fresh impetus to FDLR forces on the ground, which in turn has led to new attacks on the civilian population.

“We can see that the liberation of Callixte [Mbarushimana] has negative consequences on the security situation in the east of the DRC,” Eloi Urwodi Wabiyik, coordinator of the League for Peace and Human Rights, LIPADHO, said. “The morale of the troops is perked up, prompting them to react by using violence towards the innocent population.”

“Did the arrest of Mbarushimna have an impact on the security in the Kivus? No,” André Kito, head of the Congolese Foundation for the Promotion of Human Rights and Peace, said. 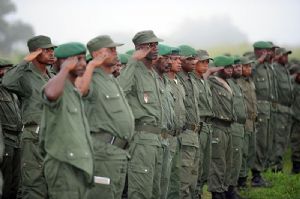 Kito argues that the key to deterring future acts of violence is for justice for atrocities committed by rebel groups like the FDLR to be served at a local level.

“Those who are directly involved in crimes committed continue living among the local population. We should have prosecutions there. As long as this is not done, the FDLR will keep committing murders [and] rapes,” Kito said.

Bringing those accused of crimes before national courts in the DRC could have a dual impact, according to Phil Clark, a researcher on the Congolese judicial system at Oxford University. He argues that local trials would show support for the victims of atrocities and boost people’s resilience in the face of more attacks. It would also bolster efforts to advance accountability mechanisms in eastern DRC, he said.

“People who have been affected by conflict are saying, ‘We want to see the suspect and look them in the face and want to see justice being done with our own eyes’,” Clark said. “Justice becomes something tangible. It also affects the way justice is delivered, as it puts pressure on the lawyers and the judges involved to deliver a justice that makes sense.”

ICC investigators say they are continuing to look for further evidence against Mbarushimana as well as to investigate other alleged perpetrators in the Kivus. However, the investigations themselves are hampered by the poor security situation, creating a vicious circle of impunity.

“Investigations will take time considering the security situation in the Kivus [and] since rebel groups who committed crimes are still active there,” Pascal Turlan from the ICC’s Office of the Prosecutor, said. “In this situation, it is not easy to reach out to victims willing to testify and also to guarantee their security.”

The security situation in eastern DRC has worsened in recent months. The FDLR is thought to be responsible for several attacks since December 2011 across North and South Kivu in which people were killed and villages razed to the ground.

The violence has displaced communities to neighbouring villages, where they are living without regular access to food and water.

Meanwhile, in recent weeks the DRC government has said it will arrest and prosecute Ntaganda following clashes between the Congolese national army and forces loyal to Ntaganda. Hundreds of former CNDP combatants who had been absorbed into the Congolese army are now thought to have defected with Ntaganda.

It is unclear what has prompted the DRC authorities’ change of heart given their prolonged failure to arrest Ntaganda, despite him living openly in the eastern city of Goma. Nor is it clear what kind of justice Ntaganda or other alleged perpetrators of crimes would get in the DRC, in view of the weakness of judicial structures.

But experts are warning that accountability alone is not enough to solve the problems that still need to be addressed if the ongoing atrocities in eastern DRC are to be brought to an end.

“[A resolution to the conflict] needs to be pursued on a much broader approach where these issues of indictments are just one part of a much larger tool box,” said Morten Boas, an expert on the DRC at the department of political science at the University of Oslo. “And I fail to see that that approach [from the international community] is very much present right now.

“You can take out one Bosco [Ntaganda] and another will emerge.”

Observers point out that violence in eastern DRC stems from a wide range of issues, including a disregard for ethnic minority rights, disputes over land rights, economic deprivation and a constant grappling for political power.

For Boas, the insecurity felt by ethnic Tutsis in the region enables a leader like Ntaganda to call upon them to take up arms, to protect themselves as a minority group.

“It is tied into in this essentialist feeling of survival of the Tutsi community in North Kivu,” said Boas. “You have to combine your approach [of seeking justice] to target individuals by, on the other hand, making certain you are seen as someone willing to offer societal security for the groups these people belong to. They are driven into a warlike dynamic that they cannot prevent from happening. [For them] to do nothing is way too scary, because they feel they will lose everything.”

Beyond formal justice mechanisms, many experts on the DRC would like to see range of measures not only to establish rule of law in North and South Kivu, but also to address the root causes of violence.

They argue that local animosities continue to be a threat to the overall security situation, so any long-term solution requires that the causes of tensions, not just their outcomes, be addressed.

“Re-establishing the justice system and the rule of law is one of the issues,” Severine Autesserre, an expert on the region and author of the book “The Trouble with the Congo”, said. “But there are many other issues that are beyond a pure justice question. There are conflicts around [individual] status, there are conflicts around family [status], that would be better resolved through either political or economic [means].”

The nature and long duration of conflict in eastern DRC has resulted in a weak presence of central state institutions and ineffective security measures, this allows conflicts over issues such as patronage and land ownership to escalate into violence along ethnic lines.

“This is not an area without governance. The problem is that the government structures are tangled up in the various militia structures, and vice versa,” said Boas.

Developing state services in eastern DRC, particularly outside the major towns, is an enormous task, and it has been further inhibited by scant resources and poor security. Meanwhile, the plentiful availability of weapons within communities means some experts believe that people are easily drawn into violence, regardless of the possible consequences in a court of law.

In the absence of a strong state that builds institutions, engages its citizens and ensures their protection, the ICC and local courts in DRC can offer little more than ad hoc measures that carry limited deterrent value.

“People do not have the experience of trusting their state to protect them under the rule of law,” Laura Seay, a DRC expert and assistant professor at Morehouse College in Atlanta, said. “I don’t think the ICC will bring peace to anywhere – I am doubtful.

“I still think what [the ICC] is doing is important, to serve as a justice mechanism…but we haven’t seen any Congolese warlords shivering in their boots.”