By Christoper Gitari | The AfricaPaper

Nairobi, Kenya – President Uhuru Kenyatta’s apology to victims of “all past wrongs” on behalf of himself and current and past governments broke new ground. In his State of the Nation address, Kenyatta asserted full acceptance of responsibility for the failure of past governments to protect Kenyans from violations and committed to remedying the harms they have suffered.

The move signifies an important step in Kenya’s process of moving forward from mass atrocities. It also helps give meaning to government efforts to repair victims of violence and show that their dignity and suffering are taken seriously.

The final report of Kenya’s Truth, Justice, and Reconciliation Commission (TJCR) had identified the necessity of a sincere and reconciliatory public apology from the government. Thus, Kenyatta’s speech has instilled hope that the government will go further to implement other recommendations, including reparations for victims.

In his speech, Kenyatta requested that Parliament make it a priority to convene and discuss the entire TJRC’s final report and oversee the implementation of its recommendations by the Executive. This is a promising line of action, which will depend on Parliament’s ability to fill a crucial leadership role by providing guidance and a conducive political environment for carrying out needed initiatives and reforms.

The President explicitly placed responsibility on the Treasury to finance a relief fund for victims of past wrongs. This is crucial because victims have long advocated and waited for such funds.

Even some victims who have successfully brought cases before the High Court against the government for serious violations still await compensation. These include victims of the Nyayo House Torture Chambers, who were tortured and subjected to starvation and beatings by state actors while in detention in the basement of Nairobi’s Nyayo skyscraper, under President Daniel Moi’s government.

The President’s directive to create a relief fund is commendable, but it must be supported by concrete measures to ensure that the beneficiaries can participate in the design and implementation of the fund, as well as accountability around its management.
Now, the leaders of other institutions identified by the TJRC as implicated in violations must acknowledge the harms inflicted on victims by those institutions. According to the TJRC’s final report, these include the Chief Justice of Kenya, the Chief of the Kenya Defense Forces, the Director General of the National Intelligence Service and the Inspector General of Police. 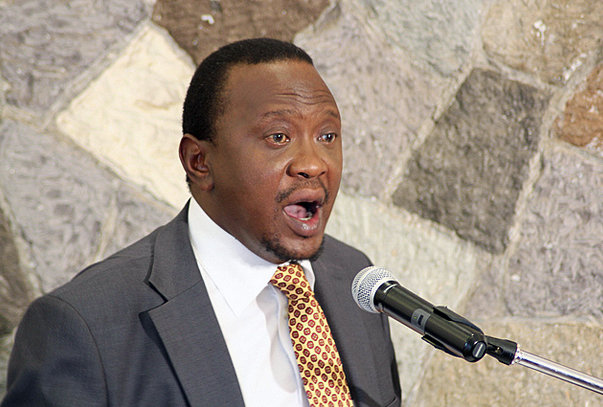 While the President’s statement presents a different tone, and seems backed with some substantive action, he appears to remain uncommitted to the issue of criminal justice. He indicates that he is advised by the DPP that evidence will be hard to come by and the prosecutions are unlikely to be successful. This somewhat detracts from the overall sense of hope and good faith in the speech.

Instead of surrendering to the apparent lack of evidence it would complete an otherwise hopeful picture if the President supported the creation of a specialized unit dedicated to review proceedings thus far and developed an intelligence-led investigation into serious violations of human rights.

Kenya’s government must now follow through with solid reforms and initiatives for rebuilding the dignity of those who have suffered most. The real test will be in the government’s efforts to implement recommendations from the TJRC Report expediently and comprehensively and for the justice system to carry out sophisticated, intelligence-led investigations, of which it is more than capable. Adding these actions to his welcome words will really begin to heal the nation. TAP

The AfricaPaper: Christoper Gitari is Head of Office for ICTJ’s Kenya Program