“It’s just window dressing, a marketing gimmick,” Nigerian-born Dr. Bennet Ifeakandu Omalu told about 1,200 symposium attendees late Thursday afternoon.  “The NFL is a corporation and its owners are out to make money. The NFL is not a medical or research organization.”

The NFL announced Wednesday that it would commit $100 million in a Play Smart. Play Safe initiative “to drive progress in the prevention, diagnosis and treatment of head injuries, enhance medical protocols, and further improve the way the game is taught and played.” The pledge included paying for independent medical research and engineering advancements, and “a commitment to look at anything and everything to protect our players and make the game safer.”

“But nothing will change,” said Omalu, who discovered and named Chronic Traumatic Encephalopathy (CTE), a progressive, irreversible, degenerative disease in people – mostly athletes — who have had a severe blow or repeated blows to the head. Its symptoms can appear as many as 40 years after the damage was done, he added. Omalu, who was portrayed by actor Will Smith in the 2015 movie Concussion, also told the audience how the NFL “professionally ostracized” him and tried to discredit him when he discovered and announced CTE.

“Furthermore, based on what we now know, children under the age of 18 should not be allowed to play football, hockey, box, wrestle or participate in other contact sports,” he said, because such body contact can literally rattle the youths’ brains “that are like floating balloons inside their skulls.”

Omalu, a member of the Igbo (or Ibo) tribe, is the Chief Medical Examiner of San Joaquin County, CA, and also serves as a Clinical Professor and Associate Physician Diplomate at the University of California-Davis Medical Center, Department of Medical Pathology and Laboratory Medicine.

He said he has performed more than 8,000 autopsies during his career, and said “I have never performed an autopsy on an American football player and not found CTE.”

His comments during the Green Lecture, an annual Westminster Hancock Symposium highlight, were met with a standing ovation by the audience.

During his introduction, Omalu was described by fellow Nigerian and Westminster College President Dr. Benjamin Ola. Akande as “one of America’s finest minds, a tenacious researcher, a courageous scholar, a drum major for the truth, and one of the most amazing and inspiring individuals alive today.”

In addition to Omalu, the symposium — titled “Audacious Ingenuity: Pushing the Boundaries of Science” — included lectures by Dr. Mario Livio, a noted astrophysicist who worked behind the Hubble Telescope for 24 years; Dr. Francis Ali-Osman, a world leader in cancer research; Dr. Tyrone B. Hayes, whose research concludes pesticides and other chemicals cause adverse health issues; and, Dr. Norman Lederman, an internationally known expert with the Illinois Institute of Technology, who discussed teacher and student concepts of science and scientific inquiry.

Other lecturers were Dr. Sharon Deem, a wildlife veterinarian and epidemiologist at the St. Louis Zoo; Dr. Jim Carrington, president of the Donald Danforth Plant Science Center in St. Louis; and, Dr. Hakeem Oluseyi, who is working on the 100 Year Starship Project, laying the groundwork for the first human mission to a nearby star system.

Presented by Westminster’s Churchill Institute of Global Engagement, the Hancock Symposium is one of the college’s signature academic experiences, bringing in national and international leaders and experts to educate, inspire and challenge students on a subject of global significance. All sessions are free and open to the public.

The AfricaPaper: This article is produced in collaboration with Westminster College’s Hancock Symposium. 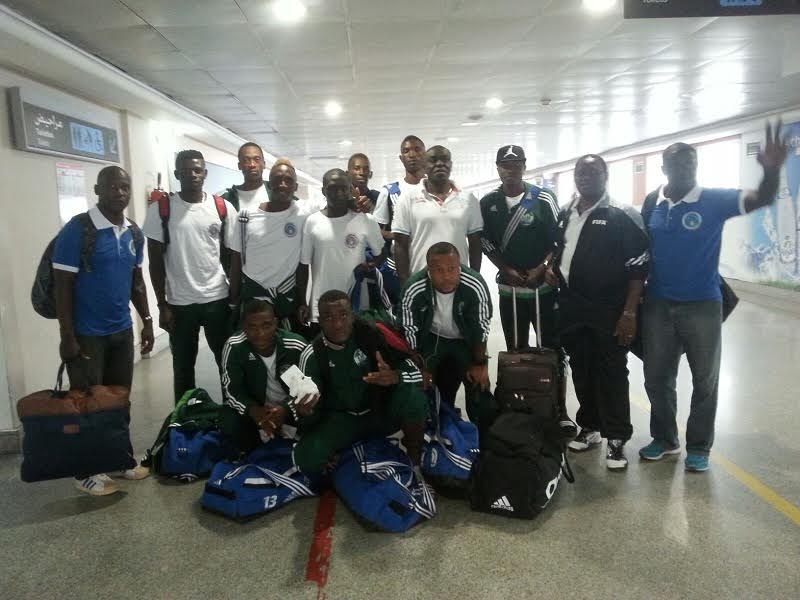