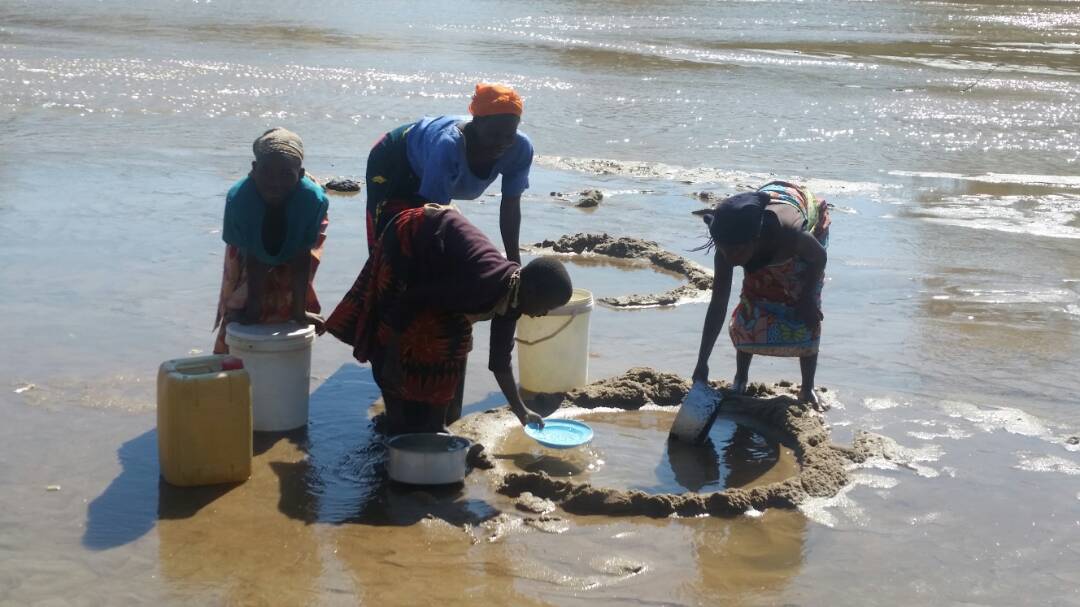 LILONGWE – “It is pathetic and more painful to see that we are still drinking together with wild animals in the contaminated rivers, and worse still, suffering from diarrhea – yet our government is just watching,” laments the people in the poverty stricken Mzimba District in northern Malawi .

Since their birth, people in this remote area of Traditional Authority Chindi have been drinking together with cattle, goats and other  animals in a contaminated Mzimba river due to lack of boreholes to supply them with safe water.

The acute shortage of safe drinking water and poor sanitation remains one of the biggest challenges to development for rural communities in Malawi.

For instance, about 80 percent of the population live in rural areas and more than 3.5 million people consume water from contaminated rivers, lakes, wells and streams.

The situation experienced by the Mzimba community highlights the magnitude of the problem in Malawi.

Grace Mkandawire of Yadesha village is among a group of women we found drawing water for drinking in the contaminated river.

“As usual, we leave our homes early in the morning for drawing water here. Sometimes we find it [River] it flooded. But we force ourselves to draw the water because our homes are completely out of water,” said Mkandawire.

“Despite putting our lives at risk, we have no choice but to continue with the ordinary life because water is life and we have nowhere to go apart from this river.”

Some Villagers walk for more than an hour to get water. Those with money hire bicycle taxis to fetch water but operators charge exorbitant fees.

Communities around Ngana in the far west of Songwe and Katili and Fulirwa in the south of Karonga district in the same northern region of the country, also depend on water from contaminated rivers, wells and streams for survival.

The Ngana residents drink from the Songwe River while those in Fulirwa drink from another crocodile infested river called Wovwe. Apart from drinking these rivers, they are also used by wild animals, and for domestic use such as irrigation water and washing clothes.

The country’s renowned social analyst Mr. Dan Nsowoya said a lack of political will from the government to improve infrastructure was a major factor contributing to the poor water supply in rural areas.

“This is not the Malawi we wanted when we were fighting for independence in 1964 and democracy in 1994,” said Nsowoya.

He also bemoaned the laziness of men who regard water issues as the remit of women, and the time the daily chore takes.

“Even in places where there are boreholes, some women leave their homes as early as 4 a.m. local time [2GMT] and return to their homes around 10 a.m. [8GMT]. They have to queue  for so long due to the high demand of the commodity as each borehole serves many villages”, she explained, adding that, “this is not fair and must be treated as a matter of concern.”

Each borehole serves some 500 people but they frequently breakdown and once broken repairs can take a long time to because spare parts are expensive.

The implications for the population’s health are enormous.

Speaking on condition of anonymity, officials at Ngana and Fulirwa health centers told TAP that cases of diarrhea and bilharzia account for 60 per cent of patients visiting both facilities.

The officials attributed most of these health problems to the use of dirty water.

The situation remains grave in poverty stricken areas where uneducated people consume water from contaminated sources without boiling or applying chemicals such as chlorine to kill germs: the chemicals are simply are too expensive.

It is against this background that the government is being urged to provide civic education to people on the dangers of consuming untreated water. Government is also being pressurized to start distributing free water treating chemicals as a short term measure while the drilling of more boreholes takes place.

In response, the government claims the provision of safe-water in rural areas is hampered by the frequent breakdown of water points due to reckless use by the population.

“[The] effects of climate change have also affected us as well,” said Aggrey Massi, Minister of Agriculture Irrigation and water Development.
“Most boreholes are functioning during rainy season but dry up during dry season due to the massive deforestation of our forests.”

The minister insisted the government was doing everything it could to improve the situation by drilling more boreholes.

“We are also encouraging the people to embark on afforestation especially in areas where water dries up during summer to avoid the problem,” Massi added.

But Massi’s comments provided no solace to people affected.

“You mean it [government] has realized today that we are drinking with animals? How do we trust them if they have never even visited us to say sorry for the problem or provide us chlorine for treating the water?” asked Bright Zgambo, a Fulirwa resident.

Patch Work – Where is the Money?

In 2008, the governments of Malawi and Tanzania, with financial assistance from the African Water Facility [AWF} and New Partnership for African Development, embarked on implementing a water project called the Songwe River water Development Programme. The two year multi-million project was aimed at improving the water supply for residents in both countries but nine years down the line, only a little or patch work has taken place.

Emily Mkamanga, a Women’s rights activist said the delay is due to lack of political will and she urged the government to investigate what has happened to the project’s funding. She claimed that the government officials are failing to pay attention to the problem because they stay in towns where access to safe water is not an issue.

Mkamanga says the poor water supply is greatly affecting development in the rural areas because people have no time to participate in the community’s development.

“How do they participate in development when their children are sick due to diarrhea or if they don’t have water?” said Mkamanga, urging government to make more efforts to ensure the problem is quickly addressed. |TAP| Africa’s Newspaper of Record.