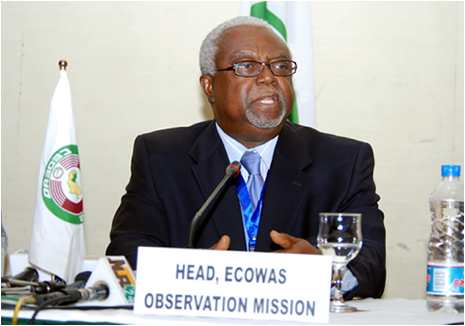 Freetown, Sierra Leone – While international observers are declaring that the elections in Sierra Leone were credible, two political parties have registered their dissatisfaction over the provisional results filtering in from various news outlets and some civil society and groups.

Dr. Amos C. Sawyer, head of the ECOWAS observer mission in Sierra Leone has in a press briefing in Freetown declared that despite the isolated cases of violence and irregularities during the campaign period, the general elections have so far been free, fair and credible.

Sawyer, a former interim President of Liberia said the vast majority of Sierra Leoneans, who wished to vote were provided the required freedom and space to exercise their constitutional rights to vote or to be voted for in the election.

“The preparation of the 2018 elections, the conduct of the electioneering campaign, as well as the processes on election day, up until the release of the results of the four elections by the responsible officials at the polling stations, were free, fair, and credible,” said Sawyer, head of the ECOWAS observer mission in Sierra Leone.

He however cited challenges such as the high political intolerance that preceded polling day, media polarization on partisan basis and the controversial vehicular restriction among issues to be looked into by the new government.

“While the restriction on vehicle might have improved on security, it also prevented some voters from exercising their franchise because they could not access their voting centers. It also hindered the movement of some local observers who couldn’t reach certain locations on time,” said Sawyer.

He assured the public that they will continue to monitor the situation as NEC continues counting while urging all stakeholders, including the political party leaders and their supporters to refrain from distributing speculative results and to continue to respect due process and rule of law.

The ECOWAS Commission deployed a 65-man observer team, including 15 long-term observers, who have been in the country as early as Feb. 15 this year. 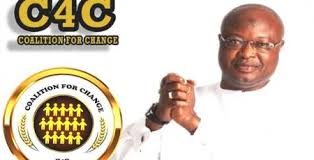 On the other hand, two political parties; the National Grand Coalition (NGC) and the Coalition for Change (C4C) have expressed grave concerns over the provisional results being aired on radios and TV stations.

Dr Julius Spencer, Spokesperson for the NGC said the risk is that doubts about the credibility of that election will translate into “a lack of legitimacy for the next government.”

“Our own internal checks revealed that the process does not reflect anything close to free, fair, transparent and credible polls. We call upon the National Electoral Commission to fully address these issues prior to release of official results,” said Spencer.

A statement by the spokesperson for both the NGC and C4C parties stated that their concerns include the fact that some of their party agents were prevented from witnessing the counting; scuffles and fracas led to the eviction of party agents in some polling stations and a “climate of fear and intimidation pervaded many polling stations, further undermining the credibility of the elections.”

“To our surprise, two different Results Reconciliation Forms (RRFs) were used during the process. This discrepancy further undermines our faith in the process and we are investigating this matter. We call upon all those announcing provisional results to fully investigate and confirm the accuracy of these results, taking account of the risks of misinforming the public.

We also call upon local and international observers to take note of these concerns as they formulate their reports. We acknowledge the concerns expressed by our members and Sierra Leoneans in general and urge them to remain calm as we try to resolve these issues,” the press release stated.

Meanwhile, the National Electoral Commission Spokesperson, Albert Massaquoi says the commission will soon announce its first set of verified results. He denied any wrongdoing from NEC with regards the RRFs noting also that no party was excluded from the counting of ballots.

He said NEC staff asked some party agents out of the counting room in polling stations, where they observed that two or more people from one political party are in the room while other political parties have none of their agents in.

“In that case, the NEC officials would ask one of those two to give chance to the other political party, whose agent is outside. This is to ensure that the counting room is not over crowded and every party is represented,” said Massaquoi.  |TAP|