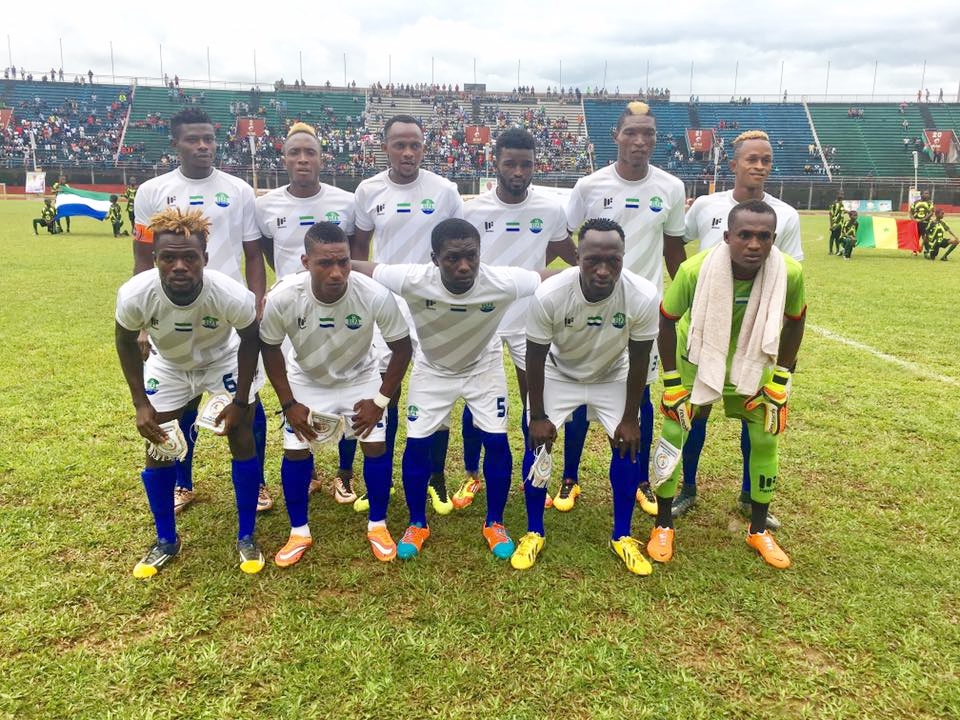 Freetown, Sierra Leone – As part of its build up to the 2018 FIFA World Cup in Russia, the Iran national football team known as Team Melli will battle it out with the Sierra Leone national team, Leone Stars, in a FIFA/AFC/CAF sanctioned friendly encounter in Tehran on Saturday March 17.

The Football Federation of the Islamic Republic of Iran announced in a statement on Sunday evening that the game has been scheduled for March 17, and will kick off at 3:30 p.m. local time (1200 GMT) at Azadi Stadium in western Tehran.

SierraLeone’s 28-man delegation led by the Northern Region Football Association (NRFA) Chairman, Brima Jalloh and the Acting Chairman of the Southern Region Football Association (SRFA), Saddick Deen Nyarkoh, left Sierra Leone on board the Turkish Airlines to Tehran via Istanbul in the early hours of Wednesday and arrived in Tehran late in the evening. The delegation comprises of 18 players, 7 technical staff and 3 administrators.

Acting President of the Sierra Leone Football Association (SLFA), Brima Mazola Kamara expressed delight at the opportunity of playing against a World Cup qualifying team and assured Sierra Leoneans that he and his Executive Committee members will revive football once again in the country.

“As your Acting President, I will ensure that the national team gets more friendlies in other to keep the boys fit for our AFCON qualifiers in September, October and November this year. Despite having series of challenges, the football family is now united and ready to face the uphill task of restoring the most popular sports in the world and in the process bring sanity and dignity to the game locally,” said Kamara, SLFA Acting President.

Shortly before their departure to Tehran, head coach, John Keister says his boys were in high spirit, motivated and mentally fit to take on their host, despite the fact that Team Melli is one of the best in the Asia Football Confederation (AFC).

“They’ve got an experience coach and a very determined squad but I’ve got very young, enthusiastic and highly inspired players, who can cause problems for the Iran team. I’m hoping for the best and hope to come out of the match with our heads raised up,” said Keister

The latest FIFA rankings put Sierra Leone at 98 while Iran is the best rank team in the AFC and 33 in the world. During the official 2018 FIFA World Cup draw in Moscow, Russia, Team Melli fell in Group B alongside Portugal, Spain and Morocco and they will start their World Cup campaign against Morocco at Krestovsky Stadium in Saint Petersburg, Russia, on June 15. A total of 64 matches will be played in 12 venues located in 11 cities. |TAP|